Development of the Co-creation Space in the Second Year

A main goal of the TRACTION project is to support social transformation of inequality, using technology to help diverse communities across the European Union participate in the creation of opera. To support artistic co-creation with these communities, we are developing the Co-Creation Space (CCS), a platform that supports professionals and community members from diverse backgrounds to engage in creative discussion about media in a “safe space.”

In the first year, we gathered an initial set of technology requirements, following a process which focussed on user needs to develop the first iteration of the tool; which included personas, use cases, storyboards, and wireframes. The initial prototype of the tool allowed users to create an account, explore posts, create media posts, and comment on other user posts. After its development, we tested the usability of the CCS in a pilot activity with LICEU trial users in Barcelona that included Sínia creatives and students from the Escola Massana design school.

We designed the CCS functionality for the second year based on these requirements and tested the usability of the second iteration with 10 choral participants from the open pilot carried out at LICEU.

The timeline below shows our user-centred activities for the first two years. These include two rounds of requirement gathering, design, new feature development, and two evaluations. The second year includes an open pilot with the Irish National Opera, that occurred between March and June 2021, and an open pilot with the LICEU, which began in October 2021, and will run until June 2022.

Co-creation Space Timeline For Year Two. As with the first year of the development of the CCS, we went through an iterative requirement gathering and design process to develop a second set of functionalities for year 2.

Sample Miro board from the editing codesign summary. Ideas for audio editing tools from different participants are represented through sticky notes and comments.

The initial requirements gathered during these sessions were reviewed by trial leaders during three feedback sessions, which resulted in a final list of requirements for the Co-creation Space. Based on these requirements, we created and implemented a set of interface designs for the tool. These included 1) a hierarchy of privacy and an interface to set user permissions, 2) a personal activity page that includes drafts and media pinboard, and 3) new smart upload and editing features for images and videos.

We tested the second year functionality with ten ten participants from the open pilot at the LICEU opera house in Barcelona. During approximately an hour, users assessed the usability of the Co-creation Stage’s new features through four guided tasks.

In the first task, participants were asked to log into their account and update their interests and permission settings. After this, participants opened a personal activity page called “My Space,” and added an image to a media board (similar to Pinterest). Finally, participants created a new post and uploaded images and videos, interacting with new drawing and chapter creation functionality.

At the end of the study, we gathered open-ended feedback on the value of the new functionality in the context of the LICEU open pilot experience (e.g. How does the process you just experienced with the CCS compare to your current experience during the open pilot? How does it compare to other platforms?). 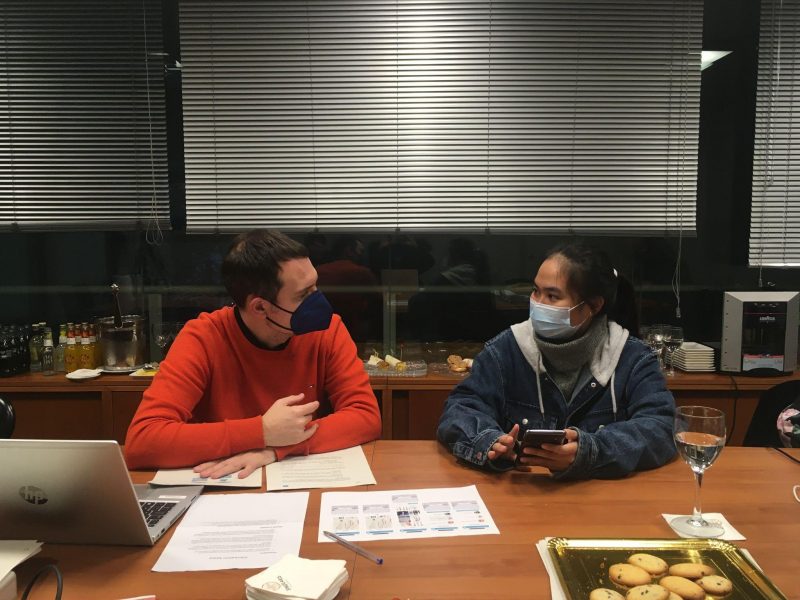 A LICEU choir member participating in the usability pilot activity

Overall, our study findings were positive and constructive. Participants found the new functionality clear and easy to use, and felt safe using the CCS, although they saw it as a professional tool rather than a personal social tool. In addition, participants were impressed with the media boards, drafts, image editing and video highlight features. Users also provided valuable feedback about the design of the tool; they pointed out some names and icons that were not clear, and wanted the interface to look more artistic. They also suggested new features that could improve the tool; such as being able to save posts, filter comments, share media folders organised by group leaders, use a chat feature, and login without a password.

We will incorporate this feedback into our next iteration of the Co-creation Space, with the plan of giving LICEU pilot participants access to the valuable new features. Our work shows the importance of user-centred research; through the process we are able to better understand the needs of TRACTION community members, so that the tool can support future co-creation activities.